At work, we made the move from subversion to git as our version control tool. I used git for a few times before we migrate the whole project thanks to the git-svn bridge, and, apart from the usual headache when it comes to merging branches, I was rather convinced we would make the migration to git. To explain what branching model I was expecting to use, I dig the Internet for a good tool, hoping to migrate our so "1.0" Trac version control and issue management to a more github like one.

There is not as much tools as I first thought, I found gitorious, which seems to be a good tool, but it looks complicated to setup and lacks (or I didn't find it) a good graphical representation of the branches in the repository.
I came across gitlabhq, which is a starting project, but promising as it aims to mimic github in many ways. I've tried it and I must say I am very impressed, it is now one of the tool we use internally, it is not yet a perfect tool but it does its jobs very well. We still use our old Trac environment with git integration to hunt down our bugs and control ticket workflow with commit messages (blog post to come). We also use Trac's wiki to write our internal documentation toward developpers.

Our SVN setup was hooked to our internal LDAP for central authentication across our servers (with pam-ldap), making the move to git made this part rubbish because everything is now handled by ssh key exchange. If you've played a bit with gitosis or gitolite, you have probably seen it's not as straightforward as it seems granting a new user access to a repository. You have to clone the special administrative repository and copy public keys, edit configuration file and push this back to the server. This is a simple but potentially time-consuming operation. GitLabHQ provides a GUI allowing to add projects, users, keys.

It handles granting permissions in the underlying gitolite server by using the keys the user configure. The workflow of adding a new user is simple, you go to the administrative interface of gitlab, select the "add user" link, fill in basic informations for that user (login/password/mail) and the user, until he sets up its key, has a nag message on the top inviting him to add a key. There is only a simple form to fill with the key "nickname" and the key itself and it is done. If a user changes computer or got multiple ones, he can easily add another key to its profile, there is no need to ask the git administrator to add it.

It is easy to setup new projects, GitlabHQ provides a section in its GUI allowing to add a project very easily, the same procedure as the one necessary for adding a user apply : a simple form, then you can set up permission for users (read-only / push-pull, web only access...)
Once a project created, you can manage it via the rich web interface GitLab offers. There is :

GitLabHQ is a project depending on a variety of tools, initial setup is very well explained in the wiki pages of the project, I suggest you follow the guide to install this tool, otherwise you might run into troubles.
Sometimes GitLabHQ does not seems to work, it gives a 500 error, if it happens, don't forget to check the logs/production.log file for errors. There is still a few bugs, but as this project is open source, feel free to open an issue on the github page of the project and/or contribute back a patch via a pull request.

GitLabHQ's team wants to release every month, to upgrade, simply follow these steps :

This should make the move to the new version, please check version notice if there is some special steps to take.
You might want to create a local branch containing your configuration (config/gitlab.yml), and to upgrade, simply rebase your local config branch against the tag corresponding to the release (please notice that with 2.2 release, this is not necessary anymore)

Migrating from Subversion to git

The migration is very simple, and very well explained on a stackoverflow answer. Once your svn repository is imported as a git one, you can push it to GitLabHQ. To do so create a repository in GitLabHQ, and just follow the instruction given in the project page (git add origin ... git push)

We migrate to git hoping to find and setup a good and easy branching model. I think we now have something really nice :

Once a feature / fix / refactor is considered complete and stable by the developer(s), we use the merge request feature of GitLabHQ to trigger a manual code review, and once it satisfies our quality standard we merge it into the destination branch. 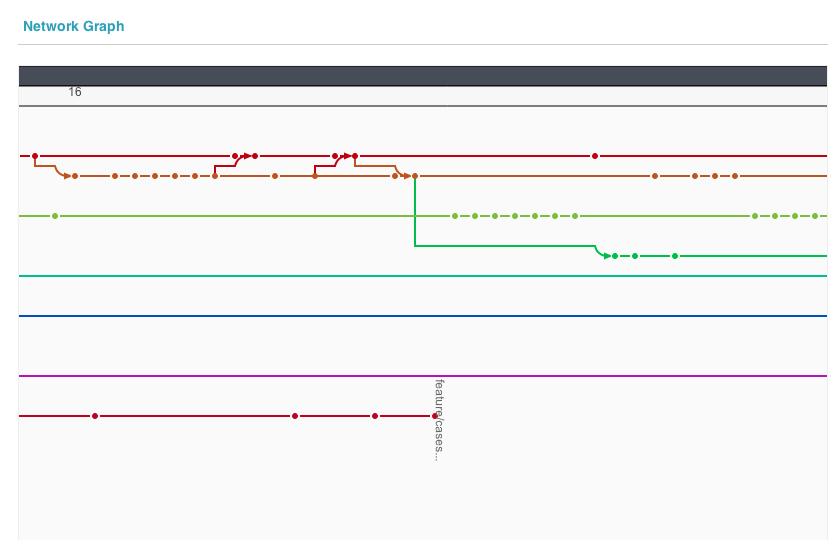 # Proxying with DockerWhen using docker under a corporate proxy, it can be cumbersome to have a working networking in all containers. You...… Continue reading

How to get all failing tests for a multimodule Maven project