I just read a very interesting blog post on the Github Blog : "How we use Pull Requests to build GitHub" I think their solution to track features is very clever, I will try to mimic their solution using GitlabHQ merge requests.
Some of you might have noticed that since I tried git I don't want to got back to another Version Control System for my work. At my company we now officially all use Git for about nine months without any hickup, we have our own hosted infrastructure using the wonderful gitlabhq. 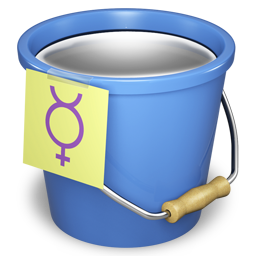 For my personal projects (mainly Android applications), I only had local git repositories allowing me to really develop without being afraid of losing history. However, these local repositories were not synced anywhere but on my own hard drive (that's not really a secure way of handling things). My first attempt was to do as often as I though tarballs of my repositories and sync them on Dropbox.The problem in the chain was the fact the backup were done at times, which, in practice, means really rarely.

A few days ago, I cleaned my whole personal development folder and I began searching another time for a free hosting. I found out that Bitbucket, which at the time I first looked at it was only providing Mercurial hosting, now offers free git hosting with unlimited repositories.

The "one more thing" of this hosting solution (but not only) will only be interesting for Mac users. Atlassian released a free GUI client for Git and Mercurial SourceTree.app, and, although I am not fan of a GUI for Git, but I must say I use it regularly (its branch view is awesome).

While reading Hacker news, I found out this crazy project from the guys of Xamarin. They started to port Android Java code (roughly 1M SLOC) to C# for running with Mono. Read more here.

It is the war of pure players for cloud storage. Amazon has released its desktop solution (Windows, Mac OS) for using Amazon Cloud Drive (another free 5Gb). We now have a wide choice of cloud storage solutions (aside Google Drive, Dropbox, Box...)

Edit: It seems to be a light app only allowing to quickly upload a file or access the web application, hope they'll update it to be more feature complete (ala Dropbox) 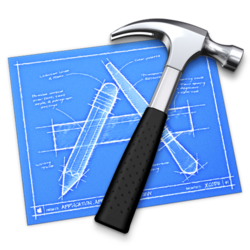 Since I have a SSD in my laptop, I am always looking after things that waste the precious space of my main drive. Although I have a 120Gb drive, I have to say it is rapidly filled at 80% (maven downloading the internet syndrome). On of the good thing owning a Mac is the Unix subsystem allowing to use almost every software written for the Unix world.

There is some package systems for Mac OS X, MacPorts, Fink, HomeBrew being the last one and the most convenient one. When I last switched to a Core i7 MacBook Pro, I migrated to HomeBrew and I have to say it is way lighter than MacPort. The only thing I find cumbersome is the need for a complete XCode install on drive, even though I do not develop using XCode. XCode is a heavy tool suite, weighting about 5Gb on your drive, only to get the tools needed for HomeBrew.

The nightmare is now over, Apple released Command Line Tools for XCode, that you can download on the official Apple Developer Site (you will need to log in with a valid developer id account, this is free don't worry).

Here is a simple step by step guide to uninstall XCode and replace it by Command Line Tools :

That's all folks ! You can now install HomeBrew and enjoy your favorites open source software without the whole XCode suite.

Previous Next
comments powered by Disqus